Illustration by Kelly Burroughs, The Battalion and Xavier Maldonado.

Senator Matthew Gaines passionately and unflaggingly supported the forward movement that established the first public school system for all Texans. The first African-American state senator from Washington County, he was instrumental in the 12th Texas Legislature’s passage of Senate Bill 276, which created the Agricultural and Mechanical College of Texas under the Land-Grant College Act of 1862, also known as the Morrill Act.

“The legacy of Matthew Gaines is intertwined with the founding of Texas A&M University. To myself and other members of my community, this initiative to recognize him on campus is an acknowledgement of the tenacity of a man who personified the Aggie core values. It is these core values that bind us together, even in the face of a world of differences.” “Senator Gaines was a firm supporter of education and worked tirelessly to pass legislation that enabled Texas to take advantage of the Morrill Land-Grant Act, an act of Congress that provided grants of land to states to finance the establishment of colleges specializing in ‘agriculture and the mechanic arts’.”

Texas A&M University is announcing an open competition for professional artists or artist teams to commission a site specific public art installation commemorating contributions made by Matthew Gaines. The installation will reside on the Texas A&M University campus in College Station, Texas, in a high traffic area near the south side of the new Student Services Building. 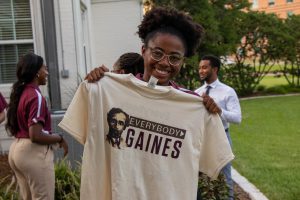 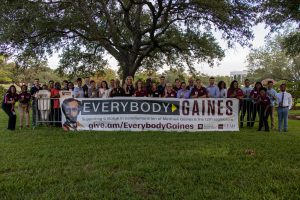 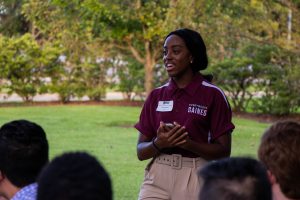 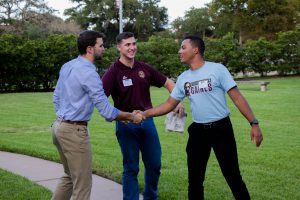 To learn more about how you can be part of the initiative to recognize Sen. Matthew Gaines on campus and the various ways to give, contact:

You may give online with a credit card (including recurring payments) or mail a check made out to the Texas A&M Foundation. Please include “The Matthew Gaines – 12th Legislature Commemorative Fund” in the memo line.