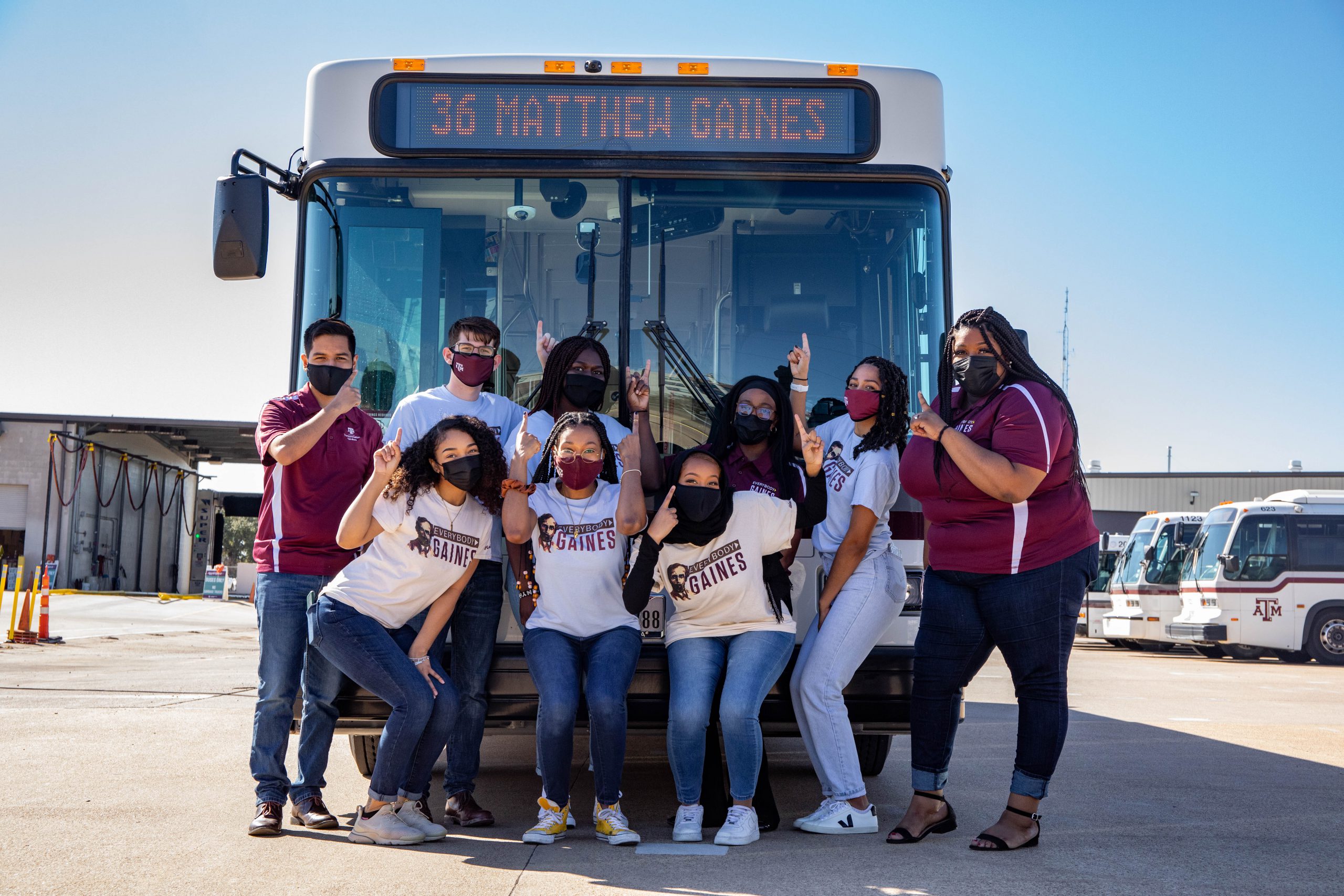 LEAVING A LEGACY - In January, the Matthew Gaines Society collaborated with Texas A&M University Transportation Services to unveil a renaming of one of the bus routes in Gaines’ honor. Photos by Audrey Peña '15, Division of Student Affairs

Former Senator Matthew Gaines influenced the beginning of a legacy in 1862, now known as Texas A&M University. In 2018, students formed the Matthew Gaines Society to continue that legacy and highlight the contributions he made. Those efforts to recognize the former Senator include the creation of a statue in his honor at Texas A&M.

Artists have been selected to create a statue of Gaines to be located between the Memorial Student Center and the Student Services Building. More than $350,000 has been raised to fund the effort.

“We hope the statue will be completed by the end of the year,” said Erica Pauls '21, president of the Matthew Gaines Society.

In January, the Society collaborated with Transportation Services to unveil a renaming of one of the bus routes in Gaines’ honor. It’s an appropriate way to honor Gaines and his role in establishing Texas A&M since bus routes are typically named after different traditions, events, and ideals that represent the university and highlight its history and culture.

In honor of Black History month, the Matthew Gaines Society opened its first official recruitment cycle in February to further its mission.

The Society is dedicated to furthering positive change across campus and works to empower and remind students that they can make a difference no matter who they are. The society works to honor Gaines and continue his legacy in three ways:

The Society recruited members who display a unique love for A&M and a willingness to support the success of other members of the Aggie family. This was the culmination of over six months of work from the organization's leadership to determine the mission and future of the society.

New members will join current members in planning the inaugural events hosted by the Matthew Gaines Society and aim towards fulfilling the legacy of Senator Matthew Gaines. These events will occur in conjunction with the unveiling of The Matthew Gaines Statue in fall 2021.

Congratulations to the newly selected members of the society: 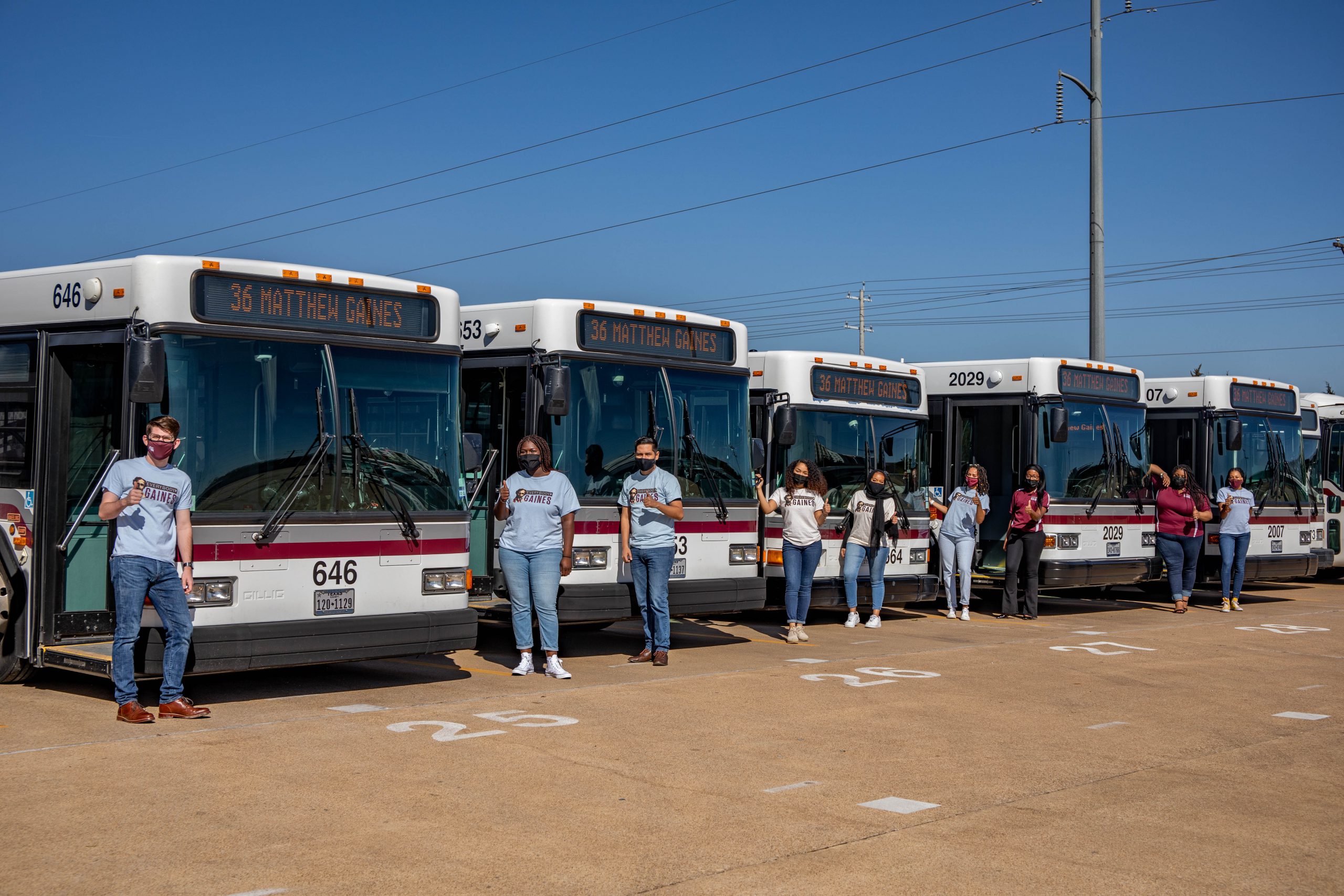 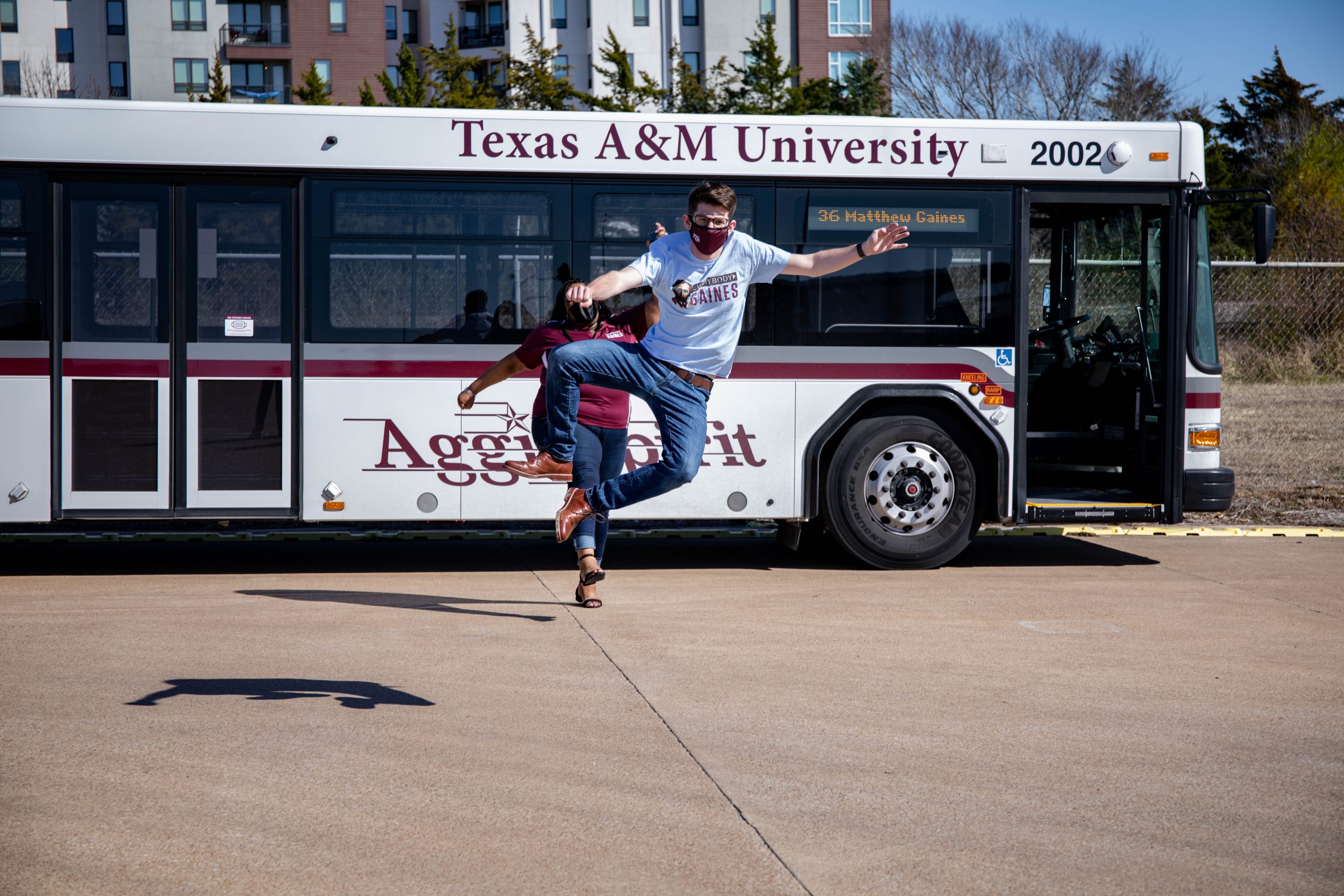 More Than an Art Installation

“Senator Matthew Gaines embodies our university’s core values of selfless service, integrity, excellence and leadership. I hope that students passing by the statue can feel inspired to persevere in their own lives in the same way Senator Gaines did,” Pauls said.

“That ties into our mission statement, which is to highlight the contributions of Senator Matthew Gaines, but to also prove that any Aggie – no matter what race, ethnicity, background or gender – can make an impact at Texas A&M.”