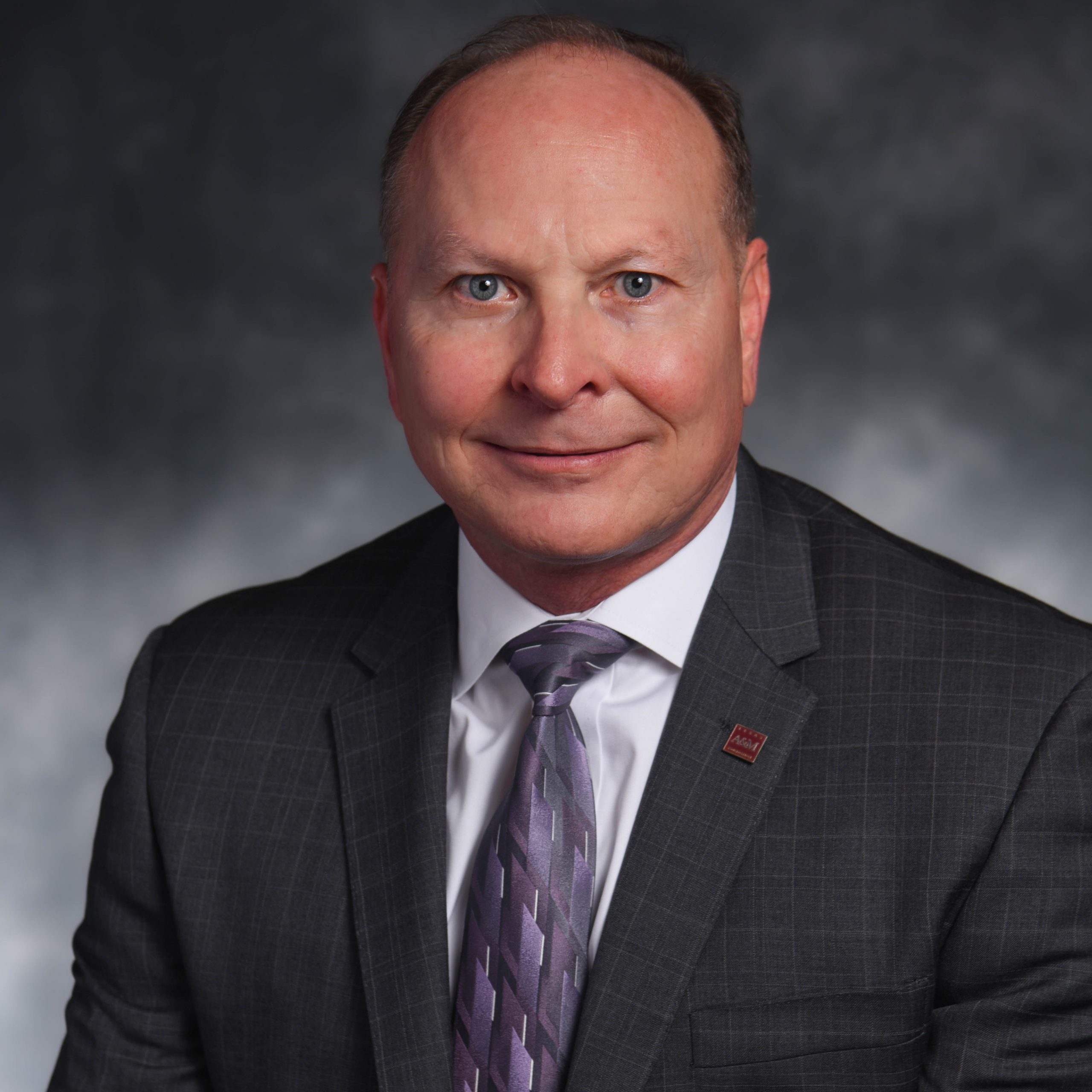 Grew up in Alvarado, Texas. While in high school family moved to Lubbock, TX.  Graduated from Monterey High School in 1982.

Joined Corps of Cadets and the Aggie Band and was a member of the Silver Taps Bugle Team for 3 years. During senior year was company Executive Officer and served on the Cadet Honor Court.

Graduated in May 1987 with degree in Animal Science and was commissioned into the U.S. Army and flew attack helicopters. Retired from the Army Reserve in 2019 at the rank of Lieutenant Colonel.

Following active duty, worked at Readfield Wholesale Meats in Bryan, TX before joining The Association of Former Students in 1992 as Director of Club Programs. Joined the Texas A&M Foundation in 1999, as a Director of Development in the College of Engineering. Moved to the College of Agriculture & Life Sciences in 2002, serving as Director of Development. Served as Sr Director and then Assistant VP of Major Gifts on the Foundation central staff until 2020. Assumed lead role with the Division of Student Affairs development team in 2020, as Assistant VP for Development.

Married to the former Lori Richardson ’87, also from Lubbock.